Consuming bison meat helps to regenerate a healthy planet. It restores Canada's Great Plains, and ensures the survival of bison.

The noble bison was once Canada's most important and iconic herbivore.

Our prairies are one of the original carbon sinks of the planet, thanks to the instinctive grazing habits of the 10,000,000 bison that free-roamed North America. The diverse Canadian prairie ecosystem, once home to many species and a healthy planet, was destroyed when bison, also known as buffalo were killed. 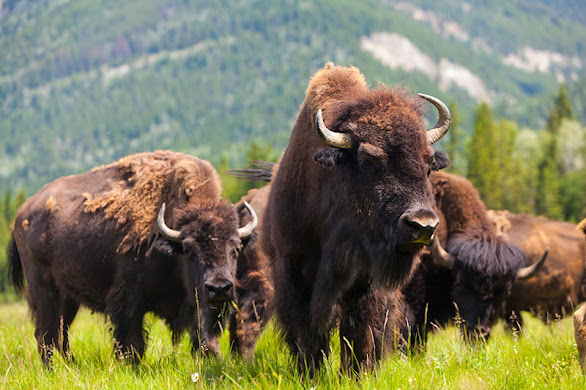 We now know better. The planet and our environment are in dire need of thriving prairie lands. They also help to preserve and enhance ecological diversity. Through the sequestering of carbon and reducing the effects of climate change, thriving grasslands create a livable planet.

We need bison to regenerate grasslands.

Canadians can support the restoration of landscapes that have been damaged, building topsoil, watershed restoration, and endangered species by choosing to eat bison meat healthy.

The Role of Bison and Grasslands in Sequestering Carbon: Importance

According to the International Panel on Climate Change, the world must have net-zero annual CO2 emissions by 2030 in order to prevent the Earth from heating up and causing catastrophic climate change. It is crucial to slow down CO2 emissions, and find ways to draw down greenhouse gasses through natural carbon sinks like grasslands.

According to the Saskatchewan Soil Conservation Society's report on soil carbon sequestration, Canada could store up to three million tonnes of atmospheric CO2 by restoring degraded grasslands. Canada is the 10th largest global emitter of greenhouse gases. Cities like Ottawa, Toronto, and Vancouver -- where 80% Canadians live -- will feel the brunt.

The Keystone Species of the Great Canadian Prairies are the Bison

Bison were only recently recognized as a keystone species. This is an organism that keeps a system in place and helps to create healthy grasslands. Without it, ecosystems would look very different.

As they graze, bison herds move constantly. In preference for grass species, they eat native grasses and forego forbs. This allows flowering plants to be more competitive against aggressive grass species. It also encourages more plant diversity and provides habitat for butterflies, bees and other insects that depend upon pollen.

The bison's large herds stomped on and trampled tall grasses as they moved across their territory. They shaded the soil and composted the leaves, which they then turned into nutrient rich hummus.

The natural nutrient cycle provided the soil microbiome population with microscopic insects, bacteria and fungi that makes up healthy soil. The bison herds eventually returned to the same area and again grazed it, repeating this process.

The Regenerative Grazing Movement was inspired by Bison

Scientists, farmers, and ranchers now recognize the importance of soil carbon cycle and the contribution of bison to it. They're working together to reproduce it, even if they don't have bison.

Concerned about the state of degraded pasture land, many domestic cattle ranchers today are trying to duplicate with cattle (and other natural herbivores like sheep) the bison herds that once ruled North America. Cattle are kept in tightly-kept herds and moved frequently (sometimes multiple times per day), much like bison do by instinct.

How Bison Help Other Prairie Species? 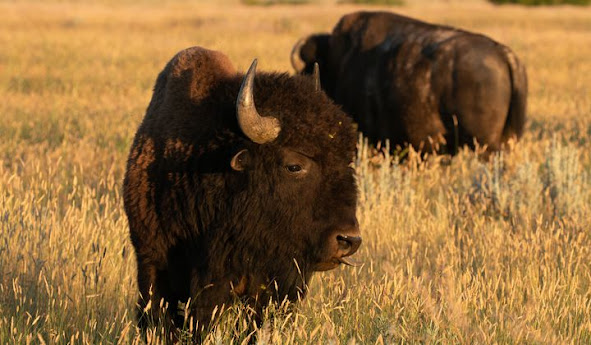 So it is not surprising that bison are essential for many prairie species' survival.

The Impact of Bison on Native Birds Populations

Canadian bison expert Wes Olson has been a leader in efforts to reintroduce bison into national parks. He has worked with conservation efforts at Elk Island National Park near Edmonton and Banff National Park.

Bird nests are made from bison hair, which is the second-warmest hair that mammals shed in North America. The survival rate of clutches that have been raised in nests made with bison hair has increased.

How Bison Wallow and Defecate Their Way to More Species

Bison also love to "wallow", which is a unique habit. They roll on the ground to loosen hair and prevent insects from biting them. These long-lasting depressions increase plant and insect diversity, which creates habitat for more species.

We have learned a lot about the amazing role that bison dung patties play in maintaining the health of prairie land species. A single patty can support up to 100 species of insects. It is also a micro-ecosystem that supports as many 1000 individual insects. One bison cow can produce 25% of her body weight in insects per year, according to estimates.

Bison don't naturally hang out near ponds and lakes like domestic cattle. This means that they don’t damage or erode soil around watering holes. The Tall-grass Prairie Preserve in Oklahoma revealed that bison who grazed year-round on a pasture of 23,000 acres avoided areas close to water and trees. Similar stocking rates resulted in cattle congregating around watering holes or under trees.

Bison meat can be eaten to encourage healthy living, restore our planet and save bison

Noble is often asked: "But aren’t bison endangered?" I don't want a threatened species to eat!"

Bison were once endangered, and are now almost extinct. Consumer demand for bison meat is helping to ensure their survival. Herd numbers are increasing as more Canadian ranchers try to raise bison for consumer interest.

Eating Bison Meat for Your Health

For consumers who want to maximize the nutritional density of their protein and reduce calorie intake, bison is a good choice. Because it doesn't have the same marbling as beef, Bison is lower in calories than beef.

Red meats like beef and bison and animal fats have been long criticized for their role in heart disease. Many nutritionists disagree with this theory. They argue that replacing whole foods, lean protein, and healthy animal fats, with more carbohydrates, grains, and sugar, has increased heart disease, as well as other diet-related diseases like obesity and diabetes.

Prairieland is more restored the more we eat bison

It is good for Canada and bison to eat bison. We can do more for the Great Plains by reintroducing bison.

The preserved bison herds in places like Banff National Park and Mackenzie Bison Sanctuary are healthy, but there is not enough capacity to expand these managed herds. However, there are millions of acres of grasslands in Canada that could be benefited by having bison reintroduced to meet growing demand.

It doesn't really matter where you live, whether it is in a city or a rural area. Growing consumer demand for bison meat means more prairie land could potentially be restored to its former glory.

Best Tips to Control Your Cholesterol to Eat Bison Meat

Participating in a cholesterol-free diet isn’t as difficult as it appears. What you need to create is an easy meal plan which reduces the ch... 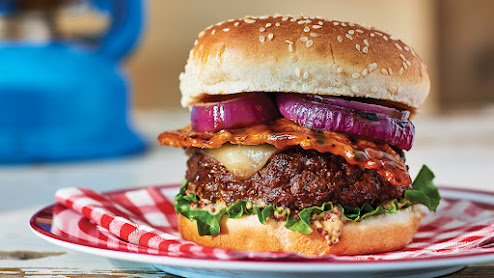